In this article I repeat the  terminology used in the research papers, African American, African decent and Caribbean decent.  I kept the terminology the same as to ensue accurate reporting of the findings in the studies. I apologize in advance if using such terminology is offensive to anyone and I welcome any constructive feedback. 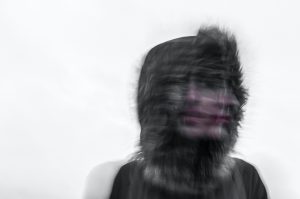 Some time ago, while working on an inpatient schizophrenia unit, a fellow social worker turned to me and said: “There are more black patients than white and they’re so sick and taking much longer to recover.” My initial thought was: ‘he’s mistaken; the numbers will eventually even themselves out’. However, his comment haunted me. My colleague was not one to embellish or make ad hoc comments. In fact, he is known for having in-depth knowledge of global affairs and is closely tied to his African community. Hence, I started to take notice and investigate to see how
much weight (if any) there was to his observation and if so, why.

Many people diagnosed with a psychotic disorder walk among us, work beside us, are our friends and neighbours and are living meaningful
productive lives. It must be noted that the patients described in this article are individuals receiving tertiary care for illness in advanced stages of a psychotic disorder.

It is not a leap to say, I work for one of the best psychiatric care settings in the country. I see, first hand, many men and women of every race and
colour, admitted to hospital as faint semblances and mere pieces of their former selves. Some with overgrown beards, often thin from self-neglect, hair-dos looking like elaborate nests of an exotic bird, and the odd person smelling of faeces and urine. Often, they are unable to string a coherent sentence together and those who can, speak of things not of this world. All have one thing in common — a far gone look of terror in their eyes. One could easily be mistaken for a character in a Netflix series like Homeland,
having just escaped captivity from a life of terror and deprivation. Then, weeks, or months later, these same patients are transformed, walking out
of hospital, whole again, recognizable to themselves and the world we live in. Priceless.

In my quest to unfold the truth, I discovered, on average, patients of African and Caribbean ethnic origins outnumber their European ethnic origin counterparts in inpatient psychiatric settings (Hamilton). Further, patients of African and Caribbean ethnicity are presenting with elevated psychotic symptoms, take longer to recover, and are more likely to receive a diagnosis of schizophrenia after controlling for other possible factors such as genetics, housing and finances (Hamilton) (Ferrari).

“Stigma is a systemic problem in African communities; even highly educated professionals find it is easier to believe a loved one is possessed
or lazy in order to escape socially constructed responsibilities like
getting married and having children. Anything but accept the shame of
a diagnosis of schizophrenia.”

Lastly, people of African and Caribbean origins were under-represented in outpatient psychiatric care and had significant delays in receiving treatment (Hamilton) for first episode psychosis over those of European origin (Ferrari).

What’s going on? In speaking to a number of non-white colleagues, a theme presented around cultural stigma. A good friend and fellow social worker explained: “Stigma is a systemic problem in African communities; even highly educated professionals find it is easier to believe a loved one is possessed or lazy in order to escape socially constructed responsibilities like getting married and having children. Anything but accept the shame of a diagnosis of schizophrenia. Also, psycho-education often doesn’t work. How can you educate people when they refuse to believe schizophrenia even exists?

African Canadians require a different approach to breaking stigma. Current anti-stigma campaigns do not speak to these communities so they are being pushed to the margins of society, often homeless, addicted to drugs or landing in treatment only because of a crime they committed during a full-on psychotic break, ending up in the forensic system.”

Stigma is a multi-faceted construct involving the public, self, and institutions. Negative stereotypes and beliefs about mental illness are pervasive in the western hemisphere and mental health professionals are not exempt (Corrigan). African and Caribbean Canadians appear to be
more affected by stigma as they are less likely to seek mental health treatment (Orlena) and when they do, it is often due to a crisis involving police (Hamilton), (Merritt-Davis). This brings to mind Sam, a 25 year-old patient from a privileged background in Somalia (Sam’s name and some personal details have been altered to ensure anonymity). Sam moved to Canada with his aunt and cousins as a refugee at age 12. He lost both parents due to civil unrest back home. He heard his first voice at age 14, left home at 17 and lost all contact with family. He had gone untreated for over 10 years, living in shelters in various cities until the night of his arrest. He was then struggling with over 20 voices inside his head.

On the night of Sam’s arrest, a couple called police after waking up in the middle of the night to loud music. To their dismay, they found a stranger  (Sam) standing in their living room blasting music from their stereo. Apparently, Sam targeted the couple’s home after one of his voices told him it was a “safe house” and he was to go inside and wait for further instructions. It was all part of an elaborate plan to avoid lethal capture by the CIA. He entered through an unlocked door in the back of the house. Once inside, he turned the couple’s radio on high in an attempt to “scramble” any signals  emitting from a GPS device “implanted” in his brain so as to avoid detection by the CIA. Sam was arrested and charged at the scene. He was first held in a jail cell for 48 hours before he was transferred to hospital for assessment and then treatment.

Situations like this are not uncommon for individuals suffering from untreated psychotic disorders. When law enforcement and incarceration are added to list of injuries a person needing medical treatment can easily be wrongly railroaded in to the prison system. Court officials are not mental health professionals. Once someone has been convicted of a crime it is almost impossible to have the charges reversed.

Successful outcomes in psychotic disorders are largely dependent on early intervention (Hamilton) (Ferrari). An ACE3 focus group interviewed young male and female patients with
first psychosis and compared the similarities and differences that stigma played in accessing care (Ferrari). A common theme of ‘feelings of guilt’ in patients of African and Caribbean background emerged. Many reported they felt “responsible” for their illness, believing they had done something wrong and “god” was punishing them (Ferrari).The European population did not mention any feelings of guilt. Rather, they reported experiencing shame for “hearing voices” and shame and humiliation for their “unpredictable and bizarre behaviours” in front of friends and loved ones when unwell (Ferrari). Two very different outcomes — the former internalizing their guilt, basically identifying with their illness, and the latter expressing a distance between themselves and their illness, identifying their behaviours with the illness and not themselves.

Overall, my investigation confirms my colleague’s observations which prompted this exercise. Secondly, patients of African and Caribbean decent are showing up to hospital with more severe symptoms of psychosis, often requiring longer hospital stays. For these patients, it appears that cultural stigma plays a significant role in preventing access to early treatment intervention, which may explain, at least partly, why symptoms are more extreme than their European counterparts.

Research highlighted that cultural stigma for first episode of psychosis patients from African and Caribbean ethnicities appears to penetrate to a personal level, manifesting as a character fault or akin to serving out some kind of penance from God, rendering recovery from illness out of their control.

It is also worth stating, an untreated psychotic illness heightens the risk of brushes with police (mostly disturbing the peace and odd displays of behaviour in public) which may result in criminal charges.  This is another reason why we need to step up our game to help eliminate stigma.

Lastly, in my research, I learned that more research on stigma is needed (Ferrari) as well as finding culturally sensitive solutions to help eradicate stigma and save lives. 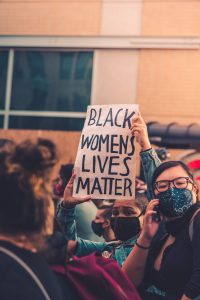 Given the current BLM movement, I want to acknowledge that this article does not address racial discrimination as possible contributors to the over-representation of black men and women diagnosed with a psychotic disorder, on inpatient hospital units.  You may be accurately thinking, why not? Especially, given the  mountain of peer reviewed research supporting that racism is a systemic problem in Canada and the United States and how would a hospital setting be any different?

Well, I wrote this article while working as a psychiatric clinical social worker in a large hospital. Of course I thought about racism as a contributing factor. I could not stop thinking about it, actually. The truth is, I did not dig into the topic at the time because I was afraid. I feared repercussions.  I was afraid of losing a job I loved, my income, my future employability and more. Whether or not that would have happened is nor here nor there. The fact that I was fearful of consequences to begin with, speaks to a larger systemic problem. But that is for another article, another time.